TOMRA’s XRT sensor-based ore sorting technology is significantly improving productivity and extending mine life at the San Rafael tin mine in Peru.

MINSUR SA is a Peruvian mining company, part of the Breca Group of Companies, that owns and runs the largest underground tin mining operation in the world. Located in San Rafael, in the Eastern Mountain chain of the Andes in Peru at a high altitude between 4,500 to 5,200 metres above sea level, the mine contributed about 6% of the total world production of tin in 2015, when about 1 million tonnes of ore with an average grade of 2.13% were mined and processed, resulting in 20kt of tin in concentrate.

The same year, MINSUR initiated a number of activities to ensure the future value of its asset, addressing challenges that included declining head grades through depletion of rich parts of the deposit and operating costs.

Among these activities was the ore sorting project, started in 2015 in collaboration with TOMRA Sorting Mining, with the objective of rejecting low grade material in coarse particle size. By separating sub-economic material before entering the more cost-intensive wet processing, the project would address the bottleneck at the wet section and improve productivity by increasing the feed grade. An added benefit expected from the project would be the longer life of the mine.

Three main factors indicated that sensor-based particle sorting for waste rejection would be effective at the San Rafael mine. First of all, the high absorption of transmitting X-Rays of tin contained in Cassiterite; second, the structures of Cassiterite which are large enough to be detected by X-Ray Transmission (XRT) technology due to the way its mineralization occurs; finally, the significant degree of liberation of sub-economic waste on the particle level that may be subject to sensor-based particle sorting.

In order to assess the feasibility of the project, TOMRA conducted metallurgical tests on geological samples from San Rafael, followed by Performance Test Work. The tests showed the deposit of the mine to be especially suited for XRT technology due to the presence of 70 to 80% of uneconomic particles that can be rejected over a wide size range, from 6 to 70mm.

The project was approved and, in view of the significant economic potential, it was fast tracked and completed in just 14 months. TOMRA and its partner in Peru, which supplied and installed the XRT sorting system, worked closely with MINSUR throughout the six-month ramp up period. 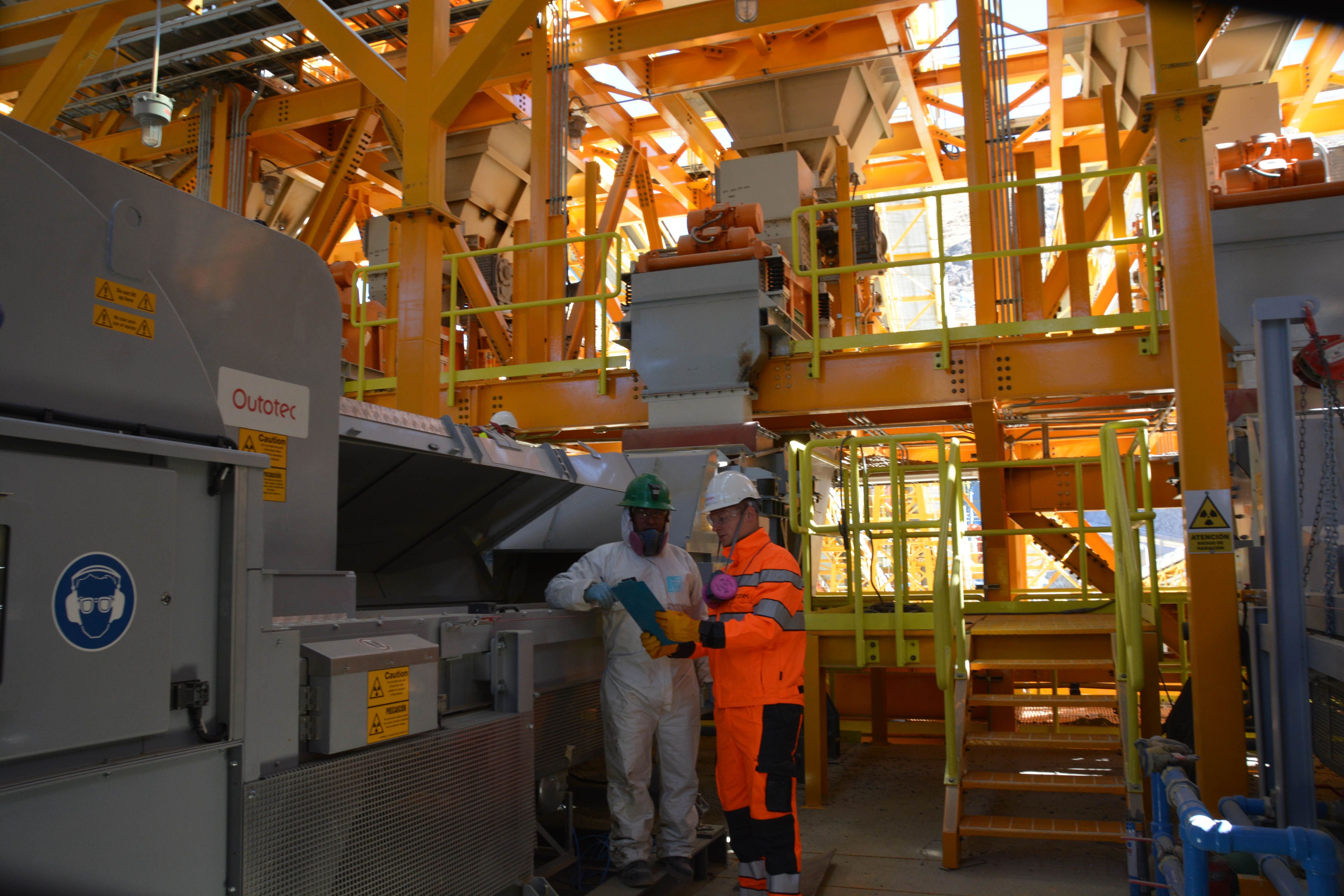 11 questions with TOMRA Sorting Mining on sustainability, health & safety, and the mining industry

The ore sorting project with TOMRA’s XRT system has delivered significant financial benefits from the beginning, with MINSUR realizing payback on their total capital expenditure in just four months. In 2017, it contributed around 36% of MINSUR’s total production with about 6,000 tonnes of tin.

The project’s impact on the San Rafael operation is contributing in several ways to a reduction in the mine’s capital and operating costs:

The success of the project has demonstrated the high potential of TOMRA’s XRT technology, and as a result the company plans to include XRT sensor-based ore sorting as a possible process route in all future projects.

As the world market leader in sensor-based ore sorting, TOMRA is responsible for developing and engineering cutting-edge technology made to withstand harsh mining environments. TOMRA maintains its rigorous focus on quality and future-oriented thinking with technology tailor-made for mining.