Ascendant Resources has announced it has intersected copper-rich mineralisation at the Lagoa Salgada VMS project located on the Iberian Pyrite Belt in Portugal.

All drill results from the recently completed exploration program will form the basis for an updated National Instrument 43-101 Mineral Resource Estimate to be reported imminently, followed by a Preliminary Economic Assessment (“PEA”) by the end of the year.

During this phase of the project, 26 holes totalling 8,164 metres were completed on the North, Central and South Zones. Drill results from the last 3 holes in the Central and South Zones have continued to demonstrate significant sulphide mineralization greatly extending the stockwork mineralisation at depth and along strike.

With only twelve holes drilled into both the Central and South Zones over the course of two drill programs, initial mineralisation intercepted has been copper enriched, similar to what is typically found in the core or feeder zones to a VMS deposit. Drilling has intercepted stringer and small lenses of mineralization which is commonly found in the vicinity of massive sulphides.

Also, in the North Zone there has been a strong correlation between the IP and Gravity surveys and massive sulphide mineralization. The IP footprint is much larger over the Central and South Zones compared to that of the North Zone, so Ascendant is optimistic that with additional drilling in the South and Central Zones it will be successful in discovering more massive sulphide mineralisation.

Ascendant Resources: Zinc is in the ascendancy

Ascendant Resources: people-led mine rejuvenation through back to basics mining and management

Copper sends a message to markets that growth is already wrecked, reports Bloomberg

Chris Buncic, Ascendant President & CEO, commented: “Initial results from the Central and North Zones continue to support our view of a potentially very large system in these zones which further encourages our optimism for a strong value proposition at Lagoa Salgada for Ascendant shareholders.

The North Zone represents a significant discovery in its own right and the discovery of the copper-rich mineralisation in the Central and South Zones highlights the similar characteristics compared to other major VMS deposits in the Iberian Pyrite Belt.”

Ascendant is a Toronto-based mining company focused on its 100%-owned producing El Mochito zinc, lead and silver mine in west-central Honduras and its high-grade Lagoa Salgada VMS Project located in the prolific Iberian Pyrite Belt in Portugal. 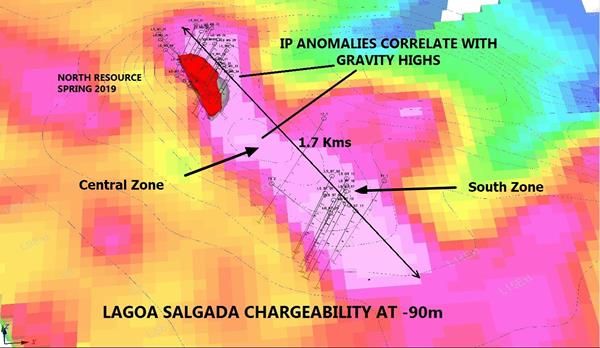