The Company’s Managing Director, Ryan Parkin commented: “The PFS has confirmed San Jose as a long life, low cost project that is essential to meet the European Commission’s goal to secure critical lithium chemicals that are imperative for the economic survival of their automotive industry.”

Infinity’s Executive Director Vincent Ledoux-Pedailles told Mining Global the company’s goal is to produce around 15,000tpy of lithium hydroxide at less than $5,500/t which places it at the bottom of the cost curve and generating healthy margins.

The value of the project is significant with a pre-tax NPV of $860mn and attractive IRR of 42% over an extended mine life of 30 years producing lithium hydroxide battery grade generating $6bn in gross revenue from 19 years of mining operations.

Ledoux-Pedailles added that the company has also considerably improved its green credentials with a massive reduction in waste and tailings and confirming the recycling and successful reuse potassium sulphate.

‘Lithium for the UK’ study to be launched

Parkin also noted the project offers the potential for multi-decade employment positions and tax revenues that are largely retained within the region of Extremadura, It will also provide a beacon for complimentary activities in lithium-ion battery production and technologies in the region and throughout Spain.

The company is currently in talks with four organisations for potential offtake of production. Ledoux-Pedailles confirmed advance negotiations with four OEMs: two automakers, one battery maker and one cathode manufacturer.

Infinity Lithium is an Australian listed minerals company seeking to develop its 75% owned San Jose Industrial Lithium Project following a public tender won in 2016 in partnership with Valoriza Mineria (the mining subsidiary of major construction and engineering company SACYR) which owns 25%. Infinity maintains the right to move to 100% project ownership as a result of the renegotiated joint venture agreement. 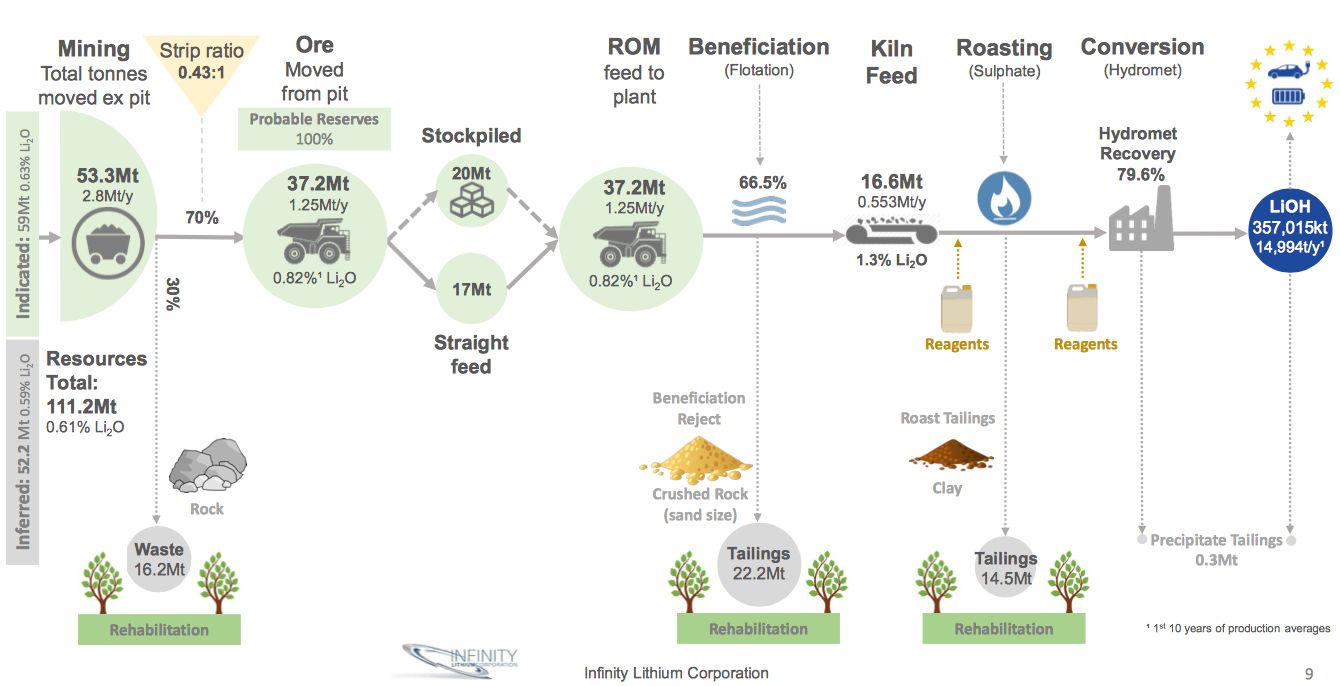