The continued strong performance of Minas-Rio iron ore operation in Brazil and Collahuasi copper joint venture in Chile helped mitigate COVID-19's impact, along with a strong second half production recovery, and the EBITDA disclosed in Kumba Iron Ore's results amounted to $2.8 billion. First copper production from Quellaveco is earmarked next year.

Anglo American's margins rose to 43% in 2020 despite a lower commodity price basket, supported by solid cost control, and it is targeting up to 50%. It recorded a 17% return on capital employed, although net debt finished the year at $5.6 billion, and the net dividend is 72 cents a share. 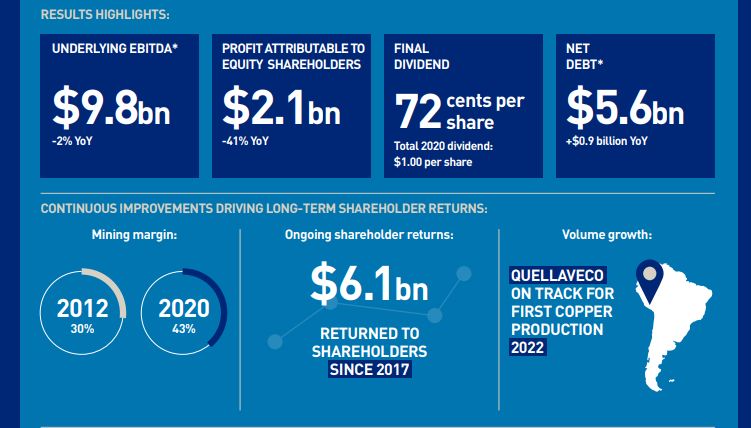 Technology is playing a key role in driving Anglo American's sustainability performance as it enables more precise targeting of metals and incurs less energy and waste. It is the essence of its FutureSmart Mining programme.

Its Unki platinum mine in Zimbabwe has been assessed against the Initiative for Responsible Mining Assurance’s (IRMA) comprehensive mining standard, achieving the IRMA 75 level of performance.

Finance Director Stephen Pearce said: "We can all agree it's been an eventful year but Anglo American is well placed for the longer term."

Chief Executive Mark Cutifani said safety remains its most pressing challenge, reflecting on the loss of two staff members in South Africa among its 95,000-strong team. "We can never say we've had a good year unless we have had zero fatal incidents," he said.

Copper, PGMs and crop nutrients are all sectors targeted for future growth, as Anglo American targets carbon neutrality by 2040. Q4 Production highlights are listed below. 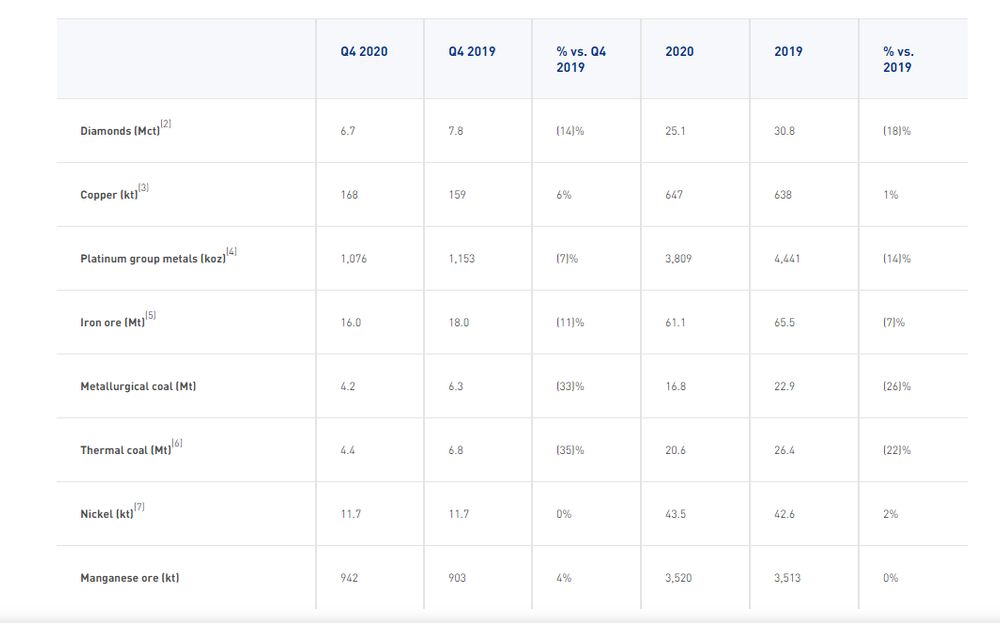 McKinsey: adopting a smart approach to big data
May 17, 2021