Barrick Gold’s Porgera operation has been closed for a year following a dispute with the Papa New Guinea government which saw its mining licence, issued with Chinese partner Zijin Mining, fail to be renewed.

“Barrick and the Government of Papua New Guinea have continued to hold constructive discussions on a framework agreement for the recommissioning of Porgera, which has been on care and maintenance since April 2020.”

The agreement under discussion is in line with the principles announced in October, providing for a joint venture between Barrick Niugini Limited (BNL) and the government of PNG to operate Porgera going forward on the basis of increased PNG ownership and a fair sharing of economic benefits.

BNL would continue as the operator of the mine. We remain hopeful that we will reach agreement with the PNG Government on a long-term partnership that will see the reopening of Porgera in the near future.

Barrick's CEO Mark Bristow commented in the company's annual report in March: “T his has been a long and difficult negotiation, but I am optimistic that we will reach an agreement and get the mine reopened this year."

Barrick said BNL would continue as the operator of the mine, adding it would issue a further statement once a final agreement is achieved.

Porgera is an open pit and underground gold mine in the Enga province of Papua New Guinea, around 600 kilometres (370 miles) northwest of Port Moresby. The mine produced 600,000 ounces of gold in 2019 before being put on care and maintenance. Barrick and Zijin both own 47.5% of Porgera, with the remaining 5% held by the Enga provincial government and landowners. 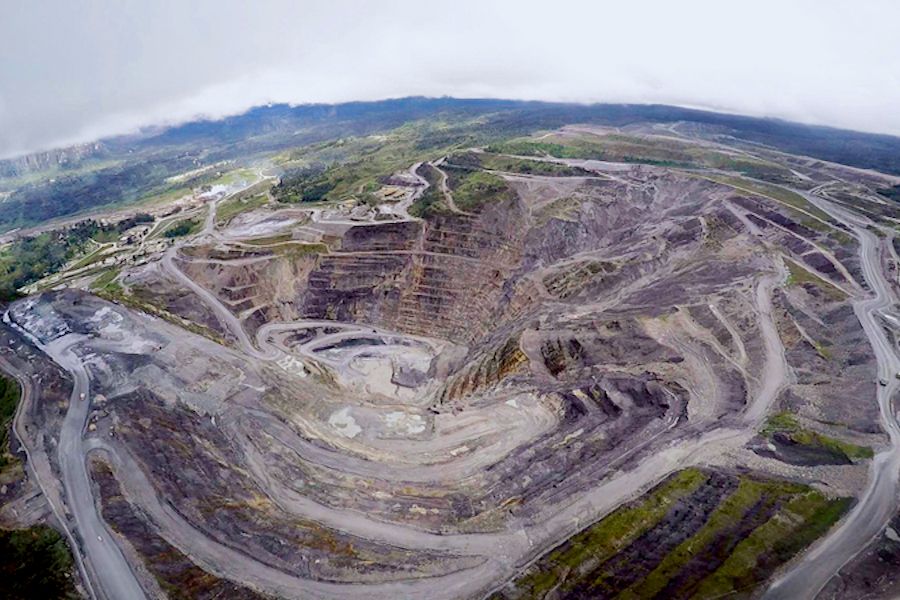 Net zero benefits the mining industry and the environment
Dan Brightmore
May 11, 2021

Gerald Group, the US commodity broker, set to restart iron ore shipments from Marampa mine with subsidiary SL Mining

Gerald Group, the US commodity trader, will pay Sierra Leone $20mn and cede a 10% stake in an iron ore project as part of the resolution to a nearly two-year dispute that led to the shutdown of production, the two sides revealed.

Gerald's wholly-owned subsidiary SL Mining filed for arbitration in August 2019 over a royalty payment dispute and suspended the Marampa mine the following month. Sierra Leone's government responded by cancelling its mining licence.

As part of the agreement signed on Friday, Sierra Leone will take a non-dilutable 10% stake in a new company that will replace SL Mining and resume operations at Marampa by June 1, Gerald said in a statement.

Gerald will make two $10mn payments this year and will have the immediate right to ship its current stockpile of about 707,000 tonnes of iron ore, it said.

Both sides will withdraw their legal claims before the International Chamber of Commerce (ICC) and International Centre for Settlement of Investment Disputes (ICSID), the statement added.

Gerald’s chairman and CEO Craig Dean commented: "I am delighted that we have been able to resolve our differences and have a fresh start and new beginning with the government of Sierra Leone."

Sierra Leone's Mines Minister Timothy Kabba told a news conference on Tuesday that the agreement was a milestone for the country.

"Whatever the pain we may have borne or dreaded throughout these two years ... this outcome justifies our action," he said.

Gerald estimates that Marampa holds about 1 billion tonnes of iron ore with a potential lifespan of 30 years.

Back in 2019, Dean spoke with Mining about the development of Marampa and commented: "SL Mining offers a substantial opportunity for Gerald Group as our Marampa mine in Sierra Leone is set to deliver six million tonnes of high-grade iron ore during its operational life. If you analyse the iron ore market it has transformed, even from a couple of years ago when prices were very low. Now prices have stabilised we’re in a favourable position with our first shipments leaving for China.

"Our goal is to make ‘Marampa Blue’ an internationally recognised premium grade iron ore brand. We intend to expand the delivery of high-grade 65% iron ore concentrate to markets in Europe and Africa.”