Copper is so crucial in electrifying the global economy that its production has become a national security issue, says mining magnate Robert Friedland...

Mining companies will have to be “real heroes” and governments will have to accept the industry if the world is to successfully transition to clean energy and transport, said Friedland, founder and co-chairman of Ivanhoe Mines Ltd., which explores and develops mines in Africa.

The world is yet to grasp the scale of disruption in replacing fossil fuels, with most people in urban areas unaware of where materials in everyday life come from, he said.

While the 70-year-old billionaire is taking a long-term view, his words of warning contrast with those of some of his colleagues at the conference who are reluctant to accelerate growth plans in a cyclical market, reports Bloomberg.

His comments seem more in line with bullish analysts such as Nicholas Snowdon of Goldman Sachs, who predicts record-high prices as the metals heads towards the tightest conditions since the mid-2000s. 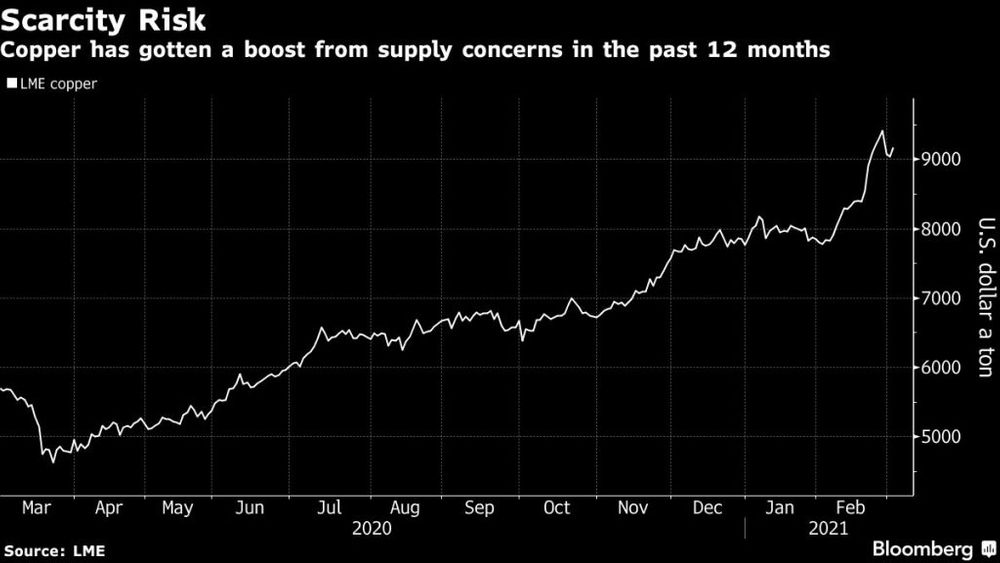 Mining is suffering from years of underinvestment, with America very under-explored because for 20 or 30 years “it wasn’t cool to mine,” Friedland said. Where future supplies come from “is going to be a matter of fervent debate” as will how to tax and regulate them.

Massive investments are needed to electrify economies. The US power grid, which “is a joke” compared with China’s, needs $10 trillion and “astronomic amounts” of the right metals to get up to scratch, he said.

“In the short term, we’ve had a big rise in the price of copper,” Friedland said. “But for the medium term, copper has really become a national security issue. It’s central for what we want to do with our economy.”

While the industry should now be seen as part of the solution in global decarbonization, it also faces challenges to decarbonize, he said. Ore quality around the world is deteriorating, meaning volume has to rise and carbon emissions increase. Mining will need both hydroelectric and nuclear power as well as renewable, he said.

People should expect a carbon tax on everything, he added.

Speaking at the Mines and Money conference in London in 2019 , Friedland commented: "Copper demand is going to be psychedelic!" The numbers back up the self-confessed “ex-hippy” and his predictions for an exponential rise in demand. The average petrol engine vehicle requires 20kg of copper, a hybrid 40kg, and a plug-in EV 109kg, while the cars of the future will need as much as 163kg of the metal. EV sales are expected to rise from 2 million units in 2018 to 21 million units by 2030.