Vital Metals is preparing to start operations at its Nechalacho rare earths project in Canada’s Northwest Territories. This will make it the country’s firt producer of the elements used in magnets for electric vehicles, electronics and aerospace and defence manufacturing processes.

Following its mobilisation via the private Nechalacho ice road (a 110km long, 1.1m thick engineered ice road on the Great Slave lake from Dettah, Yellowknife Bay, NWT to the Nechalacho project at the Hearne Channel in Chief Drygees Territory) all plant and equipment, including an ore sorter and associated infrastructure, is set to arrive at site by the end of March in preparation for rare earth production.

Vital Metals’ Managing Director Geoff Atkins commented: “We have been progressively achieving all the steps necessary to commence mining and rare earths production at Nechalacho over the past 12 months, and mobilisation of the mining fleet is another important milestone.

“We are excited to be commencing operations at Nechalacho rare earth project and following our recent $43m raising, proud to be fully funded to become Canada’s first rare earth producer.” 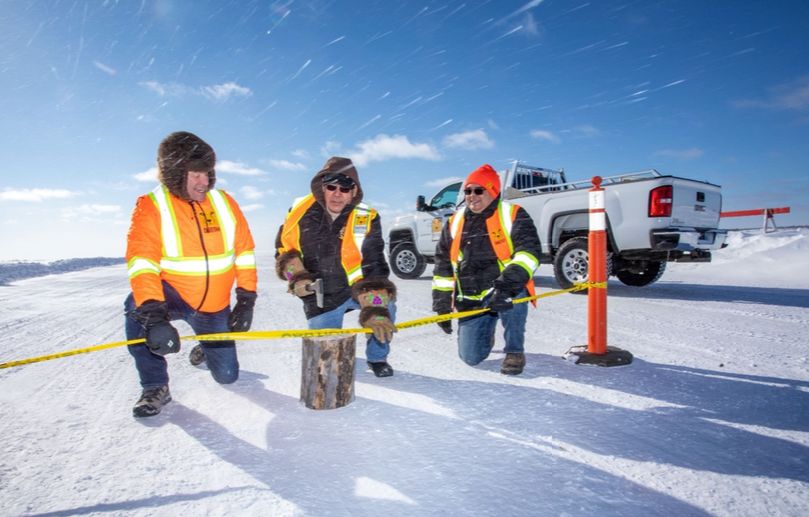 Vital’s strategy is to develop Nechalacho in two stages. Stage 1 of the operations focuses on the North T Zone resource and Stage 2 will involve the development of the much larger Tardiff deposit.

Det’on Cho Nahanni Construction will mine the North T Zone as a small open pit, with material transported to Vital’s ore sorter on site at Nechalacho for sorting. This will create a product suitable for further processing off-site at Vital’s rare earth extraction plant, to be constructed in Saskatoon, which will produce a mixed rare earth carbonate product for sale to separation facilities.

Det’on Cho Nahanni Construction will undertake mining and crushing during a single campaign between March and September 2021, under the control and direction of Cheetah Resources. Mined ore will be stockpiled for use in ore sorting operations which will be undertaken by Cheetah personnel during the summer periods of 2021 to 2023. It is anticipated that a second mining campaign will be required in 2024 to replenish stockpiles.

McKinsey: adopting a smart approach to big data
May 17, 2021