World’s biggest lithium supplier attracting interest from established producers and explorers as it prepares to offer new licenses in a bid to grow ou...

The South American nation has been losing market share as new frontiers open up ahead of an expected tripling of demand for the key ingredient in rechargeable batteries, reports Bloomberg.

The two incumbents in the giant Atacama salt flat, SQM and Albemarle Corp., are expanding, but authorities are also inviting new players to enter other areas.

“This year, we’ll run an open competitive process to allocate rights for newcomers to get into the market,” said Energy and Mining Minister Juan Carlos Jobet. “We want to open opportunities to do the required exploration but then translate that into production if they are successful.”

Rights probably will be for other salt flats, although authorities haven’t ruled out offering new areas in the Atacama, Jobet said in an interview on Wednesday. “We’re still evaluating where.”

Preparations for offering the new licenses are coinciding with a lithium recovery, with surging Chinese spot prices set to filter through to higher prices for SQM and Albemarle this year. Confidence is growing that the market is finally shaking off a glut that dragged down prices from record levels in 2018 as a wave of green-vehicle targeting boosts demand prospects. 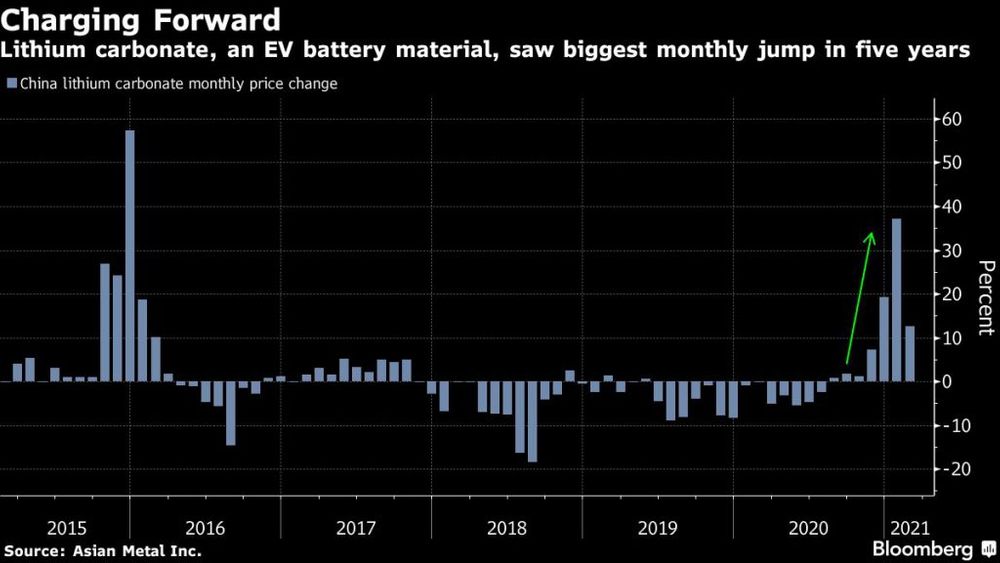 To Infinity and Beyond? - How Infinity Lithium is poised to support the EV revolution
1 min
Tesla powers into lithium mining
1 min
Cornish Lithium starts second drilling at Trelavour
1 min